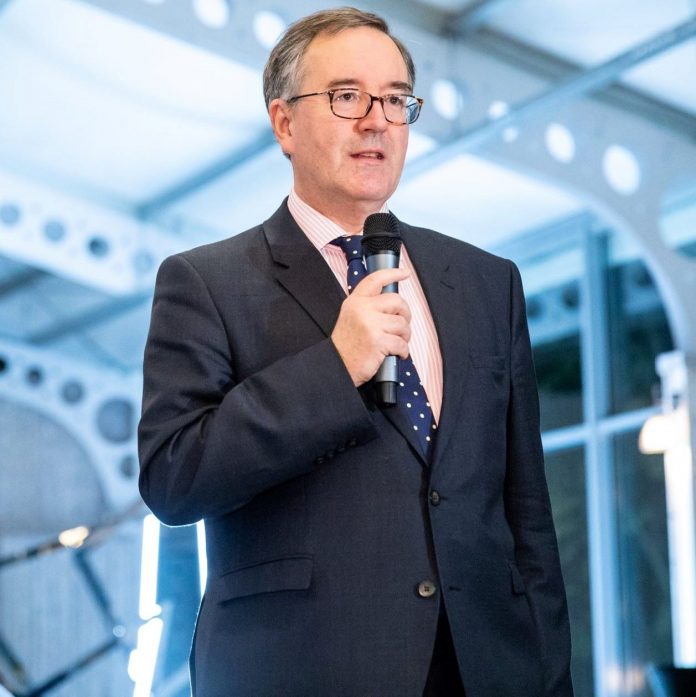 Mr Ambassador, you have been previously active in Romania, in the capacity of diplomat of the United Kingdom between 1983-1986. What is your opinion on Romania after 32 years?

It’s a real joy and honour to come back to Romania, this time as the British Ambassador to Bucharest.

I am amazed of how much Romania has evolved in these past 32 years. It’s truly magnificent. You can see this all around: in the buildings, in the shops, in the everyday opportunities that arise.  Development of the business sector, openness towards the outside world or freedom of the press were alien concepts at that time but they are omnipresent today. But what strikes me most is the depth of our people to people links, which did not exist at all back in the Communist times.

Despite the difficulties of my first stay here, I had grown fond of Romania. I travelled all around the country, learned the language and I read a lot about its culture.

This bond with Bucharest remained even after I left for London. I was involved in the negotiations for Romania’s accession to NATO and the EU and in numerous bilateral talks on topics such as combating terrorism and organized crime.

In the British public sphere, what were the stereotypes that defined Romania before 1990 and what stereotypes characterise it nowadays?

Stereotypes are not a good point of reference nor a true benchmark. At the Foreign and Commonwealth Office, when we promote the United Kingdom‘s interests overseas, supporting our citizens and businesses around the globe, we focus on analysis based on evidence and facts.

We recognize the value of diversity and how an organization is made stronger by the wide variety of cultures and expertise of its members. I am proud to work, in my embassy and in London as well, with many Romanians who bring an invaluable contribution to our bilateral relations. Their expertise and in depth knowledge of Romania help us better understand how to build a stronger bilateral bond.

You speak Romanian extremely well. Where did you get the opportunity to learn it and how would you describe Romanian?

Most British diplomats take foreign language training. It is part of our commitment to forging and maintaining strong bilateral ties with our host country. After some intensive courses in the UK I had the pleasure to study Romanian and also live in Iasi for a few weeks in order to better understand the language and the customs.

Iasi is a wonderful city, with incredible architecture and invaluable cultural heritage and most of all, wonderful people. Romanian is not a difficult language for those accustomed to Romance languages and the time spent there made me appreciate the richness of Romanian life and culture.

I am proud to add Romanian to the list of languages that I have studied and used in my diplomatic career along with French, German, Afrikaans Greek and a little Arabic.

Romania is a wonderful country which looks to the future but cherishes its history and traditions. Much like our bilateral relationship, which is developing fast, but has its foundations in historical bonds stretching far back to the nineteenth century. Ever since then, we have partnered in areas of shared mutual interest, developing a close, and mutually beneficial trading relationship.

Today, the ties between our countries continue to run deep. We have a strong economic partnership that is growing rapidly, and we cooperate in a number of areas, including in defence, security, and higher education.

If I were to recall a moment from our diplomatic relationship, I would like to mention Marie of Edinburgh or as she is better known, Queen Marie of Romania. She married in 1892 the then crown prince of Romania, Ferdinand and developed a deep love for this country. During the First World War, she and her 3 daughters volunteered as nurses, tending soldiers and the wounded.

Queen Marie fought for Romania on the world stage as well. At the Paris peace conference she played a vital role in securing for Romania its new borders. Although she had come from the other end of Europe she had poured her heart and soul for the development of this country.

The tight links between the Romanian and British Royal families continue to this day. His Royal Highness, Prince Charles fell in love in Romania and has been a strong promoter of our bilateral relationship.

What should be improved, modernized within the strategic partnership framework between Romania and the United Kingdom? How will it look like post BREXIT?

The UK and Romania have had a Strategic Partnership since 2003 reflecting our shared values, history, and understanding of the threats, challenges and opportunities that the 21st century presents. The Strategic Partnership has strengthened the bilateral relationship by fostering stronger links in foreign policy, trade and prosperity, the fight against organised cross-border crime, counter terrorism and cultural promotion

Our collaboration has grown impressively since then and there have also been significant global changes. Therefore, together with the Romanian Government, we are currently reviewing the Partnership to reflect the broadness of the relationship and the opportunities for further joint work. This includes bilateral trade, economic diplomacy, investments going both ways, people-to-people links, education, defence and security and foreign policy challenges.

Post Brexit our bilateral relationship will contribute to the prosperity, security and global power of Europe. UK wants a deep and special partnership with Romania as we leave the European Union. A partnership that will cover trade, security, law enforcement and criminal justice cooperation.  These are the areas where our close collaboration is in our mutual interest.  And we have a good base to build from in this regard.

What is your opinion on the future of the military cooperation between Romania and the United Kingdom and what would you reckon as the problematic points?

The modern defence relationship between the UK and Romania can be traced back to the 1990s following the end of Communism. UK military personnel worked at the institutional level with Ministry of National Defence to help Romania on its road to NATO accession which it achieved in 2004. More recently, with the rise of Russian aggression, the UK has contributed ships, troops and aircraft in order to demonstrate solidarity with and protect the security of Romania.

As well as operating and training with their Romanian counterparts, British forces have helped strengthen the defence of this important part of Europe, as well as offering reassurance to the people of Romania and ultimately deterring further Russian aggression.

Our bilateral defence relationship is going from strength to strength and both our governments are proceeding with the development of a Memorandum Of Understanding to enhance the level of our defence cooperation.

British presence here is diverse, both into services and manufacturing sector. Take for example, Endava, an IT company that employs over 2,500 people in Romania, while in Cluj, Betfair Romania Development employs over 600 statisticians developing software solutions for one of the largest betting companies in the world.

Telecom is also an area where British investors have a strong stake, Vodafone being one of the top player on the local market with an expanding presence, taking over UPC Romania’s operations from Liberty Global.

The positive evolution of the Romanian economy has amplified the interest of investors for Romania. I am pleased to see that in the past year we have had new names coming to Romania. London Stock Exchange Group has opened an operations centre in Bucharest, while Liberty House Group has announced that it has reached a conditional agreement to buy the steel mill in Galati.

How competitive is Romania, in a regional context, in terms of attracting investment? Why would you recommend Romania as an investment-worthy destination?

Romania has an enormous potential and can represent an extremely attractive market. However, better infrastructure, fiscal and judicial predictably, coherent public investment and workforce expansion and education policies are key factors which can only help investment prospects.

Nevertheless, Romania has numerous advantages in addition to a large domestic market: the country has a strong industrial tradition, coupled with a cost of labour among the lowest in the EU. More importantly, Romanians are highly skilled, with a talent for foreign languages and technical expertise.

What is your advice for the Romanian entrepreneurs who intend to expand their own business in the UK?

The UK is the number one destination for inward investment in Europe and remains a top investment destination globally, with an open, liberal economy, flexible and dynamic labour market, business-friendly taxation and regulation and strong, transparent rule of law. In December last year, Forbes published its rankings of the best economies in the world to do business. Forbes looked at property rights, innovation, taxes, technology, corruption, freedom, red-tape and investor protection. Out of the 153 countries measured, the UK came first overall!

I would recommend to any entrepreneur to look to our excellent capital markets for financing. By accessing one of the markets, companies gain a unique combination of benefits that no other means of fund raising can provide. Joining a public capital market is a great way to raise substantial initial and ongoing capital, whilst also benefiting from increased profile and liquidity.

Secondly, the use of the UK as a hub location is becoming increasingly popular amongst global businesses and we are seeing a growing number of businesses centralising functions in the UK. Two main factors, the strong business environment and a relatively stable and competitive tax regime help draw these businesses to the UK. Therefore any investment in the UK is a stepping stone for other more distant markets that otherwise would seem inaccessible.

As a publication aimed at lawyers, please offer us your opinion with regards to this profession and how do you see it in the future.

I have a great admiration for lawyers and all officers of the court. A well-functioning and trusted court system is the bedrock for a stable society, allowing for rule of law, trust among citizens and fair trade. Our courts system is complicated and – in places – confusing, because it has developed over 1,000 years rather than being designed from scratch. Nevertheless, it has provided the UK with an international recognized legal system that has been the benchmark and model for many others across the world.

Romania has made remarkable progress in building a legal system that can be both trusted and respected by its citizens and businesses here. This endeavour must continue and Romania should strive to develop its courts and judicial system as best as possible and in accordance with international good practices. 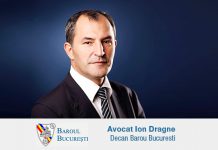 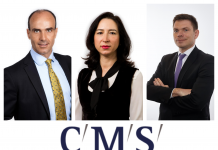 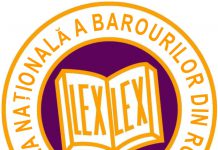 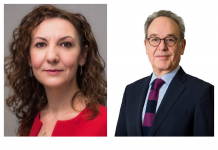 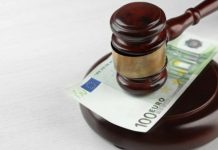 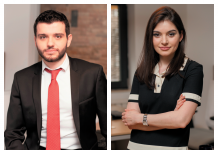 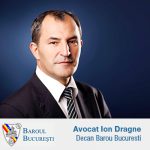 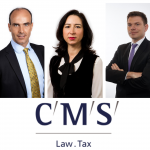 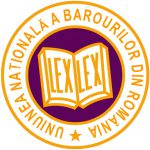 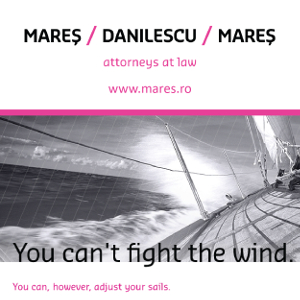 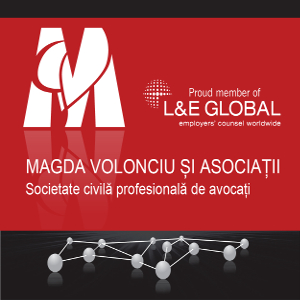 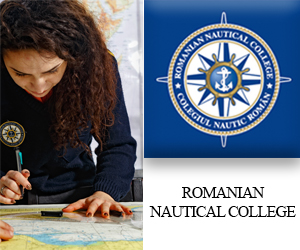 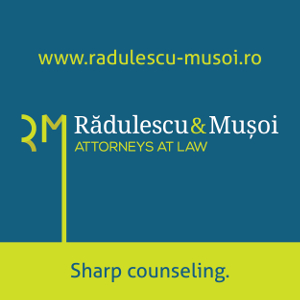